Two scholars at the renowned Brookings Institution, Loren Adler and Paul Ginsburg, have published an analysis finding that “average premiums in the individual market actually dropped significantly upon implementation of the ACA [Affordable Care Act].” This contrasts with a plethora of evidence, including a rigorous 2014 Brookings study, showing the ACA significantly increased premiums. In this post, I discuss methodological concerns with the Adler and Ginsburg approach as well as evidence that leads most scholars to reach a very different conclusion.

That’s nice. It sure is good to know that the crony deal of the century (so far) Obamacare, is working out for the giant insurance companies. I was worried for them.

I’m joking of course since the giant health insurance companies along with Big Pharma wrote a good piece of the law. A law which was not even supported by a majority of Americans but was forced through Congress on questionable procedural grounds. A law which has now financially addicted a good portion of the American people like it was designed to. Yep, good times for the health insurance companies.

Not the small businesses of course. That’s a different matter. But they don’t have lobbyists and friends in the White House so that’s the way it goes in Obama’s America.

And all the profits the Aetna CEO is so happy about? They are a direct transfer of wealth from the middle class via taxes to his corporation’s bottom line. Congratulations big government people. Way to embrace corporatism.

via Aetna CEO sees piles of taxpayer financed profits thanks to Obamacare | AgainstCronyCapitalism.org.

The CROmnibus, with which the lame-duck Congress keeps the government open in 2015, takes small but important steps to repeal Obamacare. For the short term, the most important anti-Obamacare achievement is eliminating taxpayers’ liability for Obamacare’s risk corridors, often described as a “bailout,” to health insurers participating in Obamacare’s exchanges.

In June, I testified before the House Oversight and Investigations Committee about this insurance “bailout.” In that testimony, I advised Congress to define a limited liability to the program. So, budget neutrality is a better result for taxpayers than I had expected. Also, the CROmnibus prevents any other funds controlled by the Centers for Medicare and Medicaid Services from being used to fund risk-corridor payouts. This is a significant win for taxpayers. 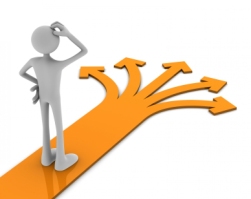 In fact, there isn’t a single Republican replace plan that hasn’t already been called “Obamacare lite.” And that’s before any negotiation with the other side takes place. Any repeal and replace agreement that has been negotiated with Democrats in Congress and with the White House will almost certainly be viewed with suspicious mistrust by the Republican rank and file.

Fortunately, there is a way out. In going forward, the GOP needs to make clear to its own base and to the Democrats that in any negotiation they will follow five simple rules.

via What Should The GOP Do About Obamacare? – John C. Goodman – Page full.

A better solution. Wharton school health economist Mark Pauly and his colleagues have studied the individual market in great detail and discovered that despite so much negative rhetoric in the public policy arena this is a market that worked and worked reasonably well. Despite President Obama’s repeated reference to insurance plans that cancel your coverage after you get sick, this practice has been illegal for almost 20 years and in most states it was illegal long before that. And despite repeated references to people denied coverage because of a pre-existing condition, estimates are that only 1 percent of the population has this problem persistently. (Remember: only 107,000 people enrolled in the federal government’s pre-existing condition risk pool — out of a population of more than 300 million people!) At most, Pauly puts the pre-existing condition problem at 4% of the population.

So we started with a market that was working and working well for 96 to 99 percent of those who entered it and we have completely destroyed that market — ostensibly to help the few people for whom it did not work. We suspect that after the next election members of both parties will want a major return to normalcy. How can that work?

There is a principle that must never be violated. An insurance pool should never be allowed to dump its high cost patients on another pool. Suppose an individual has been paying premiums to insurer A for many years; then he gets sick and transfers to insurer B. Is it fair to let A put all those premium checks in the bank and force B to pay all the medical bills? Of course not. But even more important, if we do that we will create all of the perverse incentives discussed above — plus many more we might have added had time permitted.