With all the focus on Transparency mandates and HRA executive orders, much of the ACA remains in force (unfortunately). Even though the individual mandate penalty (uh…tax) will not be enforced beyond 2018, the employer mandate is still in effect, with all the coverage provisions!

…a recent review of the academic literature on the subject finds a mixed bag, but with the strongest link between coverage and health outcomes in cases where health insurance coverage improves access to care, “particularly among people with lower incomes and chronic conditions.”

That makes sense. Having health insurance makes less of a difference to people with higher incomes who can afford to pay for more of their medical care directly.

That leads us to the crucial, practical question that this academic debate largely misses: Who are the people that would no longer have health insurance if the mandate penalty were repealed?

That explains CBO’s somewhat counterintuitive projection that, without a mandate penalty, millions of poor people will turn down the offer of free Medicaid coverage. The reason is that they don’t think they need it (because they are healthy) and if they become ill and seek care at a hospital, they know the hospital will enroll them in Medicaid to get paid. Indeed, it is also why, long before Obamacare came along, that there was a persistent and notable gap between the number of people eligible for Medicaid and the number of people enrolled in the program.

It also explains CBO’s other counterintuitive projection: that eliminating the mandate penalty will generate higher tax revenues.  While not collecting mandate penalties brings in less revenue, CBO projects that there will be new revenues coming from the healthy people who decide to turn down tax-free employer health insurance in exchange for higher (taxable) cash wages. Presumably, CBO thinks that being healthy and very much alive are basic prerequisites for expecting those folks to generate additional tax revenues.

Repeal of the Obamacare mandate will not result in social catastrophe. Supporters of the mandate would have a more compelling argument if millions of poor and sick persons would be thrown out of their existing coverage, struggling with potentially fatal chronic illnesses and unable to get insurance to maintain continuous access to regular care. But that is not what CBO is projecting. Their argument is hardly compelling, to say the least, when the cohort of the future uninsured are healthy people who simply choose not to buy Obamacare coverage because they believe they don’t need it or want it.

Remember how the Democrats did it. They created Obamacare behind closed doors. There was no real pubic vetting. No real attempt to make sure the pieces fit together in a sensible way. And no possibility of a single vote from the other party.

The House Republican Leadership seems enamored of that approach. The latest GOP replacement plan was announced last Monday after weeks of secrecy. The two relevant committees began their markup two days later – with no hearings, no vetting, no CBO score and no amendments.

It does not lower costs. It insures many fewer people. It does not stop the race to the bottom in the exchanges that is so harmful to the chronically ill.

Instead, the GOP plan seems designed to make the individual market work better. That means helping Obamacare work better. For all the apparent differences, the Republicans are just as committed to the managed competition model as the Democrats were.

Lots to like and consider here.  We need more details about how tax equalization in the group market vs the individual market will be handled.  The expansion of uses and benefits of HSAs is robust and will go along way to establishing more ways to self-insure and less reliance on networks and government programs; both are a good thing.  The flexible, market-friendly Interstate Market for Health Insurance Cooperative Governing of Individual Health Insurance Coverage will be a welcome change.  Again, devil is always in the details.  Stay tuned for more details and insightful analysis here on the Sovereign Patient; we will post them as available.

Effective as of the date of enactment of this bill, the following provisions of Obamacare are repealed:

One of the victims of these failures and potential failures in these states is the Small Business Health Options Program (SHOP), a program that was designed as part of the PPACA to help small businesses access affordable health insurance for their employees.

In late May, Hawaii’s health insurance exchange became the latest one to bite the dust, taking its SHOP with it. The federal Centers for Medicare and Medicaid Services (CMMS) began restricting grant funds to the state’s Health Connector two months ago, after telling state officials that the program was out of compliance with the Affordable Care Act due to fiscal instability and ongoing IT issues. One of these IT issues involved SHOP. According to a May 15 article published by Fox News, “The Connector’s Small Business Health Options Program, targeted at small business owners, sent garbled data to insurers, preventing them from signing up small businesses and their employees.”

In mid-May, Hawaii’s Health Connector began making contingency plans in case the system did shut down entirely (which it did a week later), to transition operations to the federal government. The plan directed that no new enrollees would be accepted by the local exchange after May 15. In addition, outreach services were set to conclude May 31, and the 73-member workforce will be laid off by February 28, 2016.

The Fox News article noted that the exchange was riddled with trouble from the start. “The web portal never worked properly, despite the state spending $74 million on a contract to build and maintain it. The exchange experienced tremendous staff turnover, with three executive directors appointed in two years.”

In addition, enrollment reached just over 8,500 in the first year, and, as a result, the Hawaii exchange ended up being ranked as the most costly in the nation, at almost $24,000 per person. 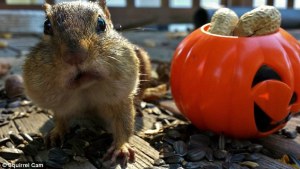 Locating the food source for this second group of squirrels is pretty easy. All they have to do is show up and collect their sustenance, like fat squirrels would by taking the path of least resistance for nuts put out for them by a well-meaning homeowner.

And just who is responsible for this obesity epidemic among squirrels? For starters, we can thank a systemically perverse tax code. Since the 1940’s, tax laws favor employer-sponsored benefits while suppressing and punishing the individual/small business market into submission; and recently straight into the waiting arms of either the ACA or MCO’s of Medicaid.

It took 50+ years of crony deals between special interests and state & federal legislators to hitch and load the cars of this health-care gravy train. It won’t uncouple easily.

Relocating the squirrels or giving them more nut-gathering rules will not fix this. This cartel of fat squirrels will only disband by removing the food source provided by this government sanctioned and partially financed oligopoly.

But back to the first group of combative squirrels, i.e. the mouth pieces of the status quo. Why do they continue to lobby for more of the same – even to their own detriment as patients and citizens?

They beat the drum for more regulations, legislative relief, price controls and mandates (that includes the ACA) in various forms, such as Value Based protocols, Single payer (i.e. streamlined,efficient rationing), higher taxes and various other re-distributive schemes.

Sure, when viewed in isolation any of the models listed above can be found to have some laudable benefits in and of themselves. But just as pushing on one end of a balloon causes it to bulge on the other, it is the unforeseen moral hazard and downstream unintended consequences that doom many of these Utopian ideas.

None of which are necessary, by the way, if we focused on the root causes of our current dilemma: Costs! Rather than how to “cover” people within the current dysfunctional system, which amounts to just applying pressure to one end of the balloon and expecting nothing to happen on the other.

There are common-sense market-based incentives that would reset the current system and solve the majority of the cost challenges we face. It will burst the balloon which will scare the squirrels, though.

Here is an abbreviated list of reasons why I believe these ineffectual models are often championed by well-intentioned individuals and groups, even when they have no direct financial stake.

Read entire article via Too Many Squirrels, Not Enough Attention to Their Food Source | Robert Nelson, MD | LinkedIn.

Separate from the ACA, so-called “private exchanges” have also started to emerge as an option for employers
providing coverage to their workers. These private exchanges do not provide access to premium subsidies like
the public exchanges, nor do they necessarily involve standardized coverage tiers. But, they do have the
potential to reshape the employer-sponsored health insurance, which covers 149 million people, or nearly 56%
of the U.S. non-elderly population. We conducted interviews with more than fifteen private health insurance
enrollment platforms, as well as several employers and health plans moving in this direction, to create a picture
of this quickly growing landscape. We identified ten of the platforms we interviewed as full private exchanges
(based on the definition described in the next section) and have profiled those in the appendix.

Many approaches are sold as “private
exchanges” since the concept is now in
vogue. In profiling these efforts, we have
sought to define what differentiates the
new, more competitive approaches
analogous to the ACA’s public exchanges
from the traditional technology platforms
that simply provide online enrollment.
Also, what we describe here as private
exchanges are targeted at employers,
which eliminates many of the “e-brokers”
selling directly to the individual market.
Characteristics that exemplify a private
exchange include:

Of 38 million Eligible for Coverage, only about 3.4 million who lacked prior coverage have actually activated their ObamaCare policy by paying

⇒ 3.4 million did not have prior coverage

Many who were considered uninsurable now have affordable policies. But the Affordable Care Act has shifted the cost burden for those who already had insurance. More policies now have bigger deductibles and cost more. “In general, healthy people are paying more and unhealthy people are paying less,” says a source who supports and helped implement Obamacare but is disappointed with the results to date, “with those above-average [income] tending to pay more and those below-average [income] tending to pay less.” “Is the new law effective in reducing the number of uninsured? Yes, but so far not very,” he says. Key questions include:

But the 8 million figure is overstated because it counted people who weren’t actually covered because they hadn’t paid their premiums, which Blue Cross, analysts and the government agree is in the 15 percent to 20 percent range. Estimates of how many marketplace enrollees were previously uninsured range from about one-third to more than half, depending on the survey and the methods used. A recent Kaiser Family Foundation survey found that 43 percent of those who purchased insurance through the marketplace already had insurance; 57 percent are newly insured. “The enrollment figures for marketplace coverage will grow over time, assuming that the exchange insurance plans don’t fail as a result of adverse selection,” said the source who supports and helped implement Obamacare. “But the impact on reducing the uninsured so far is very disappointing.”

A Simple Solution for the Complexities of Today's Healthcare