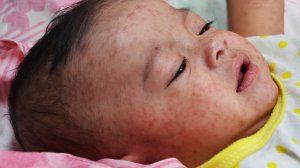 At the very moment we succeeded in banishing a deadly affliction from our country, in other words, people began eschewing the measures that made this medical miracle possible.

Socialism, too, is having an American renaissance. As with measles, if it’s allowed to spread, the result will be needless human suffering.

A generation after the fall of the Soviet Union, young Americans have forgotten, if they ever learned, what happens when a citizenry allows itself be enraptured by the promise of communal ownership of a national economy (“Socialism Is Back, and the Kids Are Loving It,” page 55). Such regimes have failed whenever and wherever they’ve been tried, engendering misery, starvation, persecution, and wasted human potential on a massive scale. At this very moment, hyperinflation and desperate shortages of food, medicine, and power are ravaging Venezuela (“Man-Made Disaster in Venezuela,” page 75), a previously rich country that had every intention of forging a better, smarter socialist future for the 21st century.

The new wave of young  ocialists are quick to insist they have a different, gentler vision—as the Democratic Socialists of America’s website puts it, one in which “working people” run things “democratically to meet human needs, not to make profits for a few.” But that is a hoped-for end state, not an implementable program. The concrete policies most modern socialists propose—high confiscatory taxes and aggressive wealth redistribution, free college, publicly provided universal health care (and, often, the abolition of private alternatives)—are far more likely to wreak devastation on the well-being of Americans than they are to finally achieve utopia.Each of these policies does violence to the market-based system of free exchange and private property rights that has underpinned the greatest expansion of human flourishing in human history. Whatever its faults, that system has brought us everything from air conditioning and aspirin to cheap flights and Netflix, all while lifting billions out of abject poverty around the world…

What unites the left’s flirtation with socialism and the right’s move toward nationalism is the willful discarding of long-understood, dearly learned truths about how to make the world a better place. Like the death count when parents stop vaccinating their kids, the fallout from these developments may not be instantaneous. But bad ideas can be hard to contain once they get going, and the results are not likely to be pretty.

After all, if government can override parental or personal health care decisions, then what area of our lives is off-limits to government interference? Concerns about infection from the unvaccinated can be addressed by consistent application of the principles of private property and freedom of association. Instead of justifying new government intrusion into our lives, the vaccine debate provides more evidence of the need to restore respect for private property and individual liberty.

Unsurprisingly, older Americans believe that children should be vaccinated against diseases like measles, mumps and whopping cough, by a 73 percent to 21 percent margin. Americans 18-29, by contrast, believe by a 43 percent to 42 percent plurality that government should not mandate such vaccinations.

That’s because young people don’t remember a time when such diseases claimed lives. They don’t remember a time when the vast majority of Americans weren’t vaccinated. Older people do. Many of them lost loved ones to polio and measles and mumps and rubella. In 1952, over 3,000 Americans died of polio and well over 21,000 were left with mild or severe paralysis. Thanks to Dr. Jonas Salk’s vaccine, there have been zero cases of natural polio in the United States since 1979.

The same is true of measles. According to Dr. Mark Papania of the Centers for Disease Control and Prevention, more than 90 percent of Americans suffered from the measles by age 15 before widespread vaccination beginning in 1962. From 1956 to 1960, he reports, “an average of 542,000 cases were reported annually.” That included 450 deaths per year, as well as 150,000 cases of respiratory complications and 4,000 cases of consequent encephalitis per year, many of which resulted in later death. Then mandatory vaccination kicked in. Until a major upswing in 2014, we averaged less than 100 cases of measles per year in the United States since 2000.

The point of mandatory vaccinations is not merely to protect those who are vaccinated. When it comes to measles, mumps and rubella, for example, children cannot be vaccinated until 1 year of age. The only way to prevent them from getting diseases is to ensure that those who surround them do not have those diseases. The same is true for children with diseases like leukemia, as well as pregnant women. Herd immunity is designed to protect third parties.

But Americans have short memories and enormous confidence in junk science. Parents will ignore vaccinations but ensure that their kids are stocked up with the latest homeopathic remedies, Kabbalah bracelets and crystals. St. John’s wort, red string and crystals all existed before 1962. They didn’t stop the measles. Vaccination did.