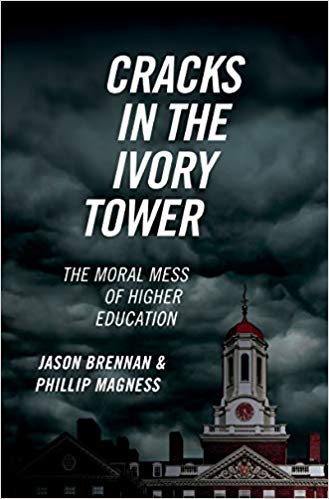 Universities’ problems are deep and fundamental: Most academic marketing is semi-fraudulent, grading is largely nonsense, students don’t study or learn much, students cheat frequently, liberal arts education fails because it presumes a false theory of learning, professors and administrators waste students’ money and time in order to line their own pockets, everyone engages in self-righteous moral grandstanding to disguise their selfish cronyism, professors pump out unemployable graduate students into oversaturated academic job markets for self-serving reasons, and so on.

What sets this book apart from many other critiques of higher ed is that we believe academia’s problems are ingrained. Bad behaviors result from regular people reacting to bad incentives baked into academia. No specters haunt academia. Normal people just take the bait.”