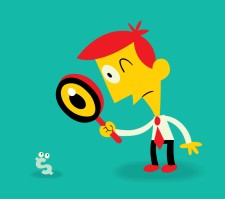 While it is literally true that last year’s increase was the lowest since 1960, growth in 2009 was only 3.8 percent, after 4.8 percent in 2008. You do not need a PhD in economics to conclude that the recession was likely the largest factor. It is hard to detect much more than noise in the annual changes since the recession hit. This is corroborated by the fact that 17.4 percent of Gross Domestic Product is accounted by health care ― exactly the same percentage as in 2009 and every year since.

Medicaid spending exploded 6.1 percent. Although government wrangled more discounts from drug makers, this did not compensate for increased Medicaid enrollment and higher fees for providers. The best performance was by private insurers, for whom spending growth dropped from 4.0 percent in 2012 to 2.8 percent in 2013. Medicare regulates health insurers’ medical loss ratio (MLR), which is the ratio of medical claims to total premium (actually, a more complex calculation than it appears). CMS’ actuaries credit this regulation with lowering the growth of private insurers’ spending.

The Art of Blogging
Forum for Healthcare Freedom