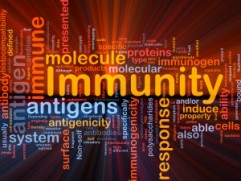 All content below this line were copied & pasted from the Lancet article.

Evidence before this study

By Nov 25, 2020, 24 cases of potential reinfection with SARS-CoV-2 virus had been reported in scientific literature globally. A systematic search of Embase, MEDLINE, the WHO COVID-19 literature database, and preprint servers on Oct 23, 2020, found 395 articles of interest published in English. Detailed search terms for the databases are presented in appendix 1 (p 1). After title and abstract screening, 47 articles were obtained in full and 15 reported potential SARS-CoV-2 reinfections. An additional article that contained a case was added from reference list searches of these articles. Subsequent rolling research alerts (up to Nov 25, 2020), using the same search strategies, identified an additional 139 articles, 38 of which passed title and abstract screening and were obtained in full. Three of these articles reported potential cases of SARS-CoV-2 reinfection that had not been reported previously, contributing to a total of 19 manuscripts that reported 24 cases of potential reinfection collectively. According to our reinfection case definitions reported previously, 18 of the 24 cases would be considered to have the evidence required to support reinfection: three cases from the literature had enough evidence to be classed as probable and 15 cases would be classed as possible. The remaining cases did not have enough evidence to be classed as a reinfection and instead were classed as intermittent PCR positivity.

The SARS-CoV-2 Immunity and Reinfection Evaluation (SIREN) study is a large, national, multicentre prospective cohort study of hospital health-care workers across the National Health Service (NHS) in the UK, which investigated whether the presence of antibodies against SARS-CoV-2 was associated with a reduction in the subsequent risk of symptomatic and asymptomatic reinfection over the 12 months of follow-up. This Article presents an interim analysis of the primary study objective, with data collected up to Jan 11, 2021.

“We did not find any evidence that increased prevalence of the B.1.1.7 variant adversely affected reinfection rates in our cohort during this follow-up period. Our models suggested that the protective effect of previous infection increased when the variant was dominant (IRR 0·18, 95% CI 0·15–0·23) compared with IRR 0·13 (0·10–0·17), although the formal test of interaction between cohort and SGTF did not reach conventional levels of statistical significance (p=0·05).”

“…the curve in the positive cohort was gradual throughout, indicating some of these potential reinfections were probably residual RNA detection at low population prevalence rather than true reinfections. In the negative cohort, the gradient was shallow up to late September, 2020, and then accelerated, increasing again from late November, 2020, coinciding with the period when community prevalence increased rapidly.37  “

“None of the reinfections we have identified are confirmed by our stringent case definitions, most reinfections we only consider possible and are undergoing further serological investigation.”