…I read about Peter Gibson, a professor from Melbourne, Australia, who did a study in 2011 that found gluten intolerance is a genuine condition. The study was widely accepted and accelerated the concern about gluten launching an increase of 50 percent in the sale of gluten-free products in the United States. However, Gibson did not have the “settled science” lobby breathing down his neck and redid his testing. He discovered that the reactions found in the first tests were not actually related to gluten. As stated in the article in Real Clear Science, “The rise in non-celiac gluten sensitivity seems predominantly driven by consumers and commercial interests, not quality scientific research.” 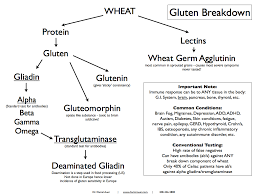 via Having a Laugh About Gluten – Bruce Bialosky – Page full.