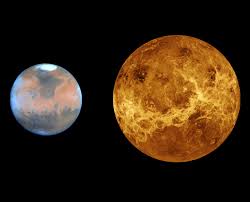 In 2012, over 26 million Medicaid dependents were enrolled in MCOs and 8.8 million were enrolled in PCCM. However, enrollment is not randomly distributed among the Medicaid population. Although they comprise two thirds of Medicaid dependents, they only account for one fifth of Medicaid spending, “because disabled and elderly beneficiaries, who account for most Medicaid spending, largely remain in fee-for-service FFS…” This means that MCOs and PCCMs mostly cover pregnant women, children and their parents.

States have been using private plans to provide benefits to healthier Medicaid dependents and leaving sicker ones to the FFS system, where governments pay providers according to bureaucratically determined fee schedules. That seems to be the wrong way around and may explain why outcomes are very bad for the sickest Medicaid dependents, as discussed by Roy and Gottlieb. Paradise and Garfield, on the other hand, are likely discussing evidence from private health plans serving Medicaid patients. So, we should not be surprised that some outcomes are similar as they are for other privately insured.

via Mars and Venus on Medicaid | Health Policy Blog | NCPA.org.

launches a project every month